Lisa Strausfeld gives the 2013 Convocation Address, “Learning to Translate,” on Thursday, September 20 in the PNCA Commons. Strausfeld is a design professional and information architect and a Writer and Editor at the Bloomberg View.

Convocation, which is from the Latin term for “calling together”, is an annual opportunity for the College’s community of students, faculty, staff and Board Members to come together and mark the beginning of the new academic year.

The annual Convocation address is one of PNCA’s four Cornerstone Lectures, which also include the College’s Homecoming Lecture during Alumni weekend, the Edelman lecture in March, and the Graduation Address given at Commencement in May.

About Lisa Strausfeld
Lisa Strausfeld is a design professional and information architect. In 1996, early in her career, Lisa and two MIT classmates launched Perspecta, a software company in San Francisco that made visual user-interfaces for large databases that they sold to Excite@Home in 1999. In 2002 Strausfeld became a partner in the New York office of Pentagram (design studio), where she and her team specialized in digital information projects including the large-scale media installations, software prototypes and user interfaces, and signage and websites for a broad range of civic, cultural and corporate clients.

In 2011, Lisa established Major League Politics, a data-visualization venture. She continues to work on projects for clients through her studio, InformationArt, and recently joined the staff of Bloomberg View. Lisa was honored for interaction design in the 2010 National Design Awards, presented by Cooper-Hewitt, National Design Museum, Smithsonian Institution; she was a finalist for the award in 2009, the first year the discipline was recognized by the awards.

She was named one of BusinessWeek’s “cutting edge designers” in 2007, and Sugar and the Times’ visualizations were both featured in the Museum of Modern Art exhibition “Design and the Elastic Mind” in 2008. Fast Company featured Lisa as one of its 2009 Masters of Design.

She has received six awards in the prestigious International Design Excellence Awards (IDEA), co-sponsored by the Industrial Designers Society of America, and her projects have been honored by the Art Directors Club, the Type Directors Club, the AIGA and the Society for Environmental Graphic Design. Lisa studied art history and computer science at Brown University and received master’s degrees in architecture from Harvard University and in media arts and sciences from M.I.T. 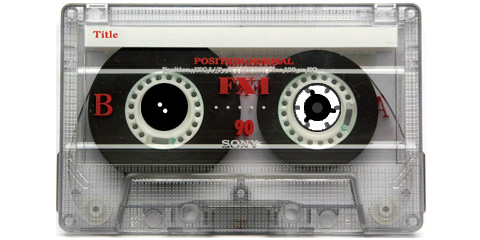 Lisa Strausfeld gives the 2013 Convocation Address on Friday, September 13 in the PNCA Commons. Strausfeld is a design professional, information architect, and currently Global Head of Data Visualization at Bloomberg.